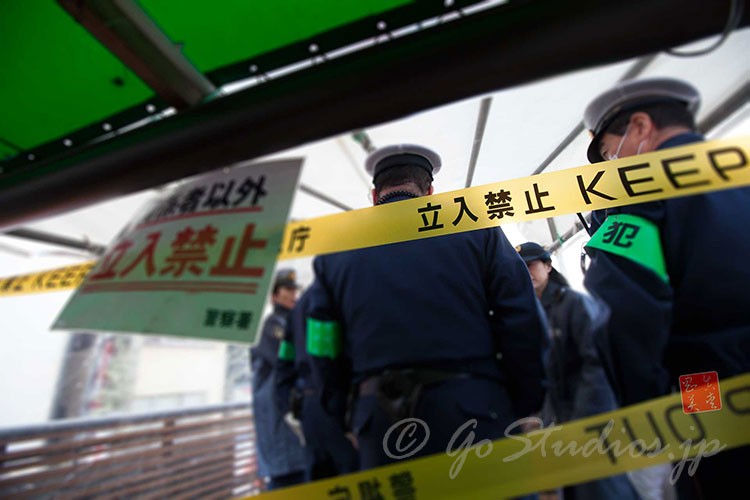 Unlike the United States, where dialing 911 will get you all three fire, police, and emergency services; in Japan, you have to call the designated numbers.

110 For Police (Crime and Accidents)

To call the police in Japan, 110 or as many like to say hyakutoban, is the number to report an accident or crime.

Unfortunately, for many foreigners, calling the police for help may seem intimidating due to the language barrier but you’d be surprise. In some major cities some operators can speak English. Although many police telephone operators cannot speak in English, from personnel experience (I was reporting a crazy fight between two drunk Ojiisans), they can at least get police personnel to your address either by tracing your call or getting your name and address.  Although the police recommend that you get a Japanese speaking friend to call for the convenience, don’t hesitate to call them if you have no Japanese abilities.

To keep it simple and fast, just tell them your name and address. They will send some officers with at least some kind of English ability.

119 For Fire and Emergency Services

119 is the number to call if there is a fire or some kind of medical emergency involved. Unlike the Japanese police department, emergency service in most major cities have English speaking personnel. Many are fluent in English. What’s awesome is that in some cities, they also have Portuguese and Korean speakers.

FYI… photo below is of a security guard! Lots of people confuse these old dudes as cops. They aren’t cops. 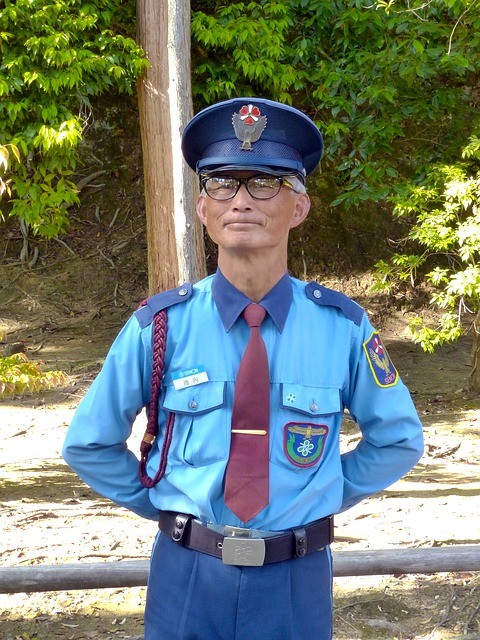 JCop uniforms are dark blue usually with a firearm attached to the waist.

Why isn’t the emergency number centralized?

As an American, I appreciate that we only have to remember 911 and have the emergency operator determine whether to send police or emergency services. However, in Japan, to save on time, they want their citizens to determine what the nature of the incident is. It may sound complex and inconvenient that there are different numbers to call the police and emergency services in Japan, but from my observation, having separate numbers for a corresponding service works well.

To explain further, it seems that if Japan had one central number to call, the number will be bombarded with all kinds of calls from thousands of people. With limited human resources, it would be wiser to divide those calls from the get go. This system will deploy whatever service you need faster.

Let’s not forget the prank callers or the people who call to ask about the weather.  Some people may not even be in the right state of mind when they are in some kind of trouble.  For example, if a lady was having a heart attack and dials 119 right before passing out, fire personnel will be deployed to the number of the address without having to know what is going on. In the states, they would probably deploy police and EMTs, thus absorbing unnecessary manpower (in this case the police) to an unknown incident. You get my point?

So even if we don’t have one central emergency number to memorize in Japan, dialing 110 and 119 actually helps organize and speed the whole process. The emergency calling sytem in Japan may not be perfect but its efficient.