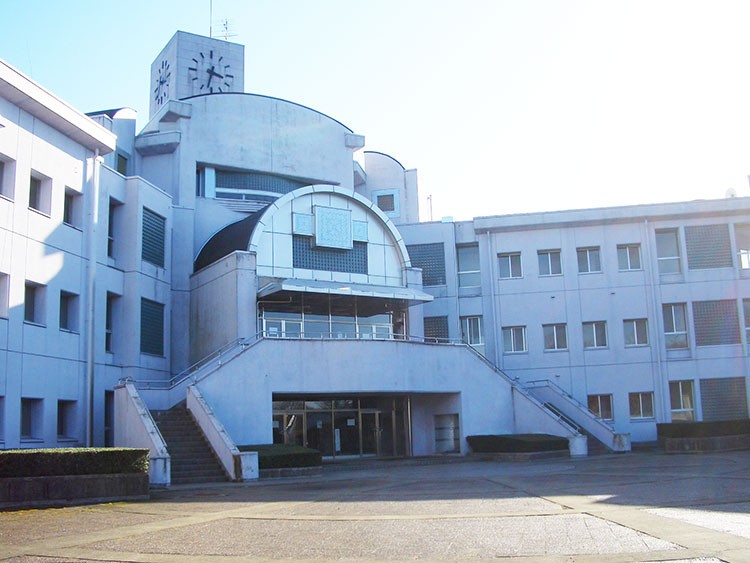 I arrived at 0800, thirty minutes before I was supposed to be there and yeah I didn’t regret it. I arrived a bit too early and did not eat any breakfast. I did not have any food in the fridge and didn’t feel hungry at all due to the excitement especially after a long night eating and talking with the principal of the school. I actually had fun that night making sure to mind my manner while drinking a few Asahi beers that he liked. All I can say was that the principal can fucking drink. If I recall correctly, we drank 6 bottles, not cans, bottles.

As I took my seat in the office, the only person present at the teacher’s office was the vice principal. He saw me and I saw him. It was  kind of awkward but I said hi and introduced myself in Japanese and he smiled. As I took my seat which had an American flag he came over to me and gave me a Japanese snack. He was cool a really cool guy, middle aged, a bit overweight, but cool. We tried to communicate as best as possible and he explained to me that he was formerly a math teacher before taking his post as the vice principal. I tried to listen to every word that came out of his mouth and wrote down words I didn’t understand on a piece of paper. The vice principal looked at the paper, and laughed and helped me write the hiragana of the words I wrote down. I said thanks and he brought over an Japanese English dictionary so that I can look them up. Awesome guy!

As he went back to his seat, he took out an Elton John CD and told me was a huge fan. He got really enthusiastics and went on how he and wife loved Elton John’s music so much. The only problem was that I don’t listen to Elton John. All I can do was listen to him talk! As he kept going over about Elton John’s music, he talked about the song  “Your Song”. It was at this point I finally just learned who actually sang this beautiful piece of work. All long I’ve been listening to the covers. 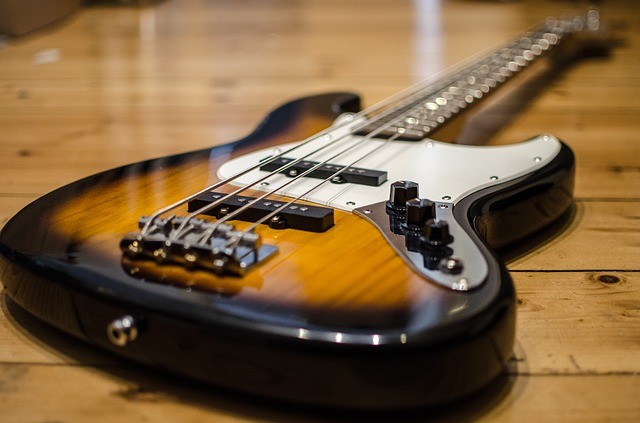 At around 0835, my supervisor arrived. As much as I learned that the Japanese are strict on time it didn’t seem so… maybe it was just the summer vacation. My supervisor sat next to me and asked if enjoyed the first night hanging out with the principal. I said “the principal is an interesting man! I didn’t realize he used to by a PE teacher.” I told her more and more and the amount of beer and sake we drank and she just laughed all the way. As I finished, she asked if I can join her for a summer class she had at 1100 after going to the bank to set up my account. “Of course!” I said.

At around 0900, we went off to the bank. I thought that setting an account would be easy but apparently, Japanese banks take your identity quite seriously that a passport or an alien card would not suffice clearance. I needed this little piece of thing called a hanko. A hanko is a Japanese signature stamp that is used to sign important documents. I thought this was only for school so I left this in my office desk. We had to go back to school to retrieve this little seal. Since it was a waste of time to go back, I ask if I can just give my signature. As I learned… it doesn’t work this way in Japan.

I was worried about my supervisor because we were wasting time but she also admitted that it was her fault that she tell me to bring my hanko, so we were cool. I actually didn’t know that little stamp was important. I thought it was for school She then proceeded to say stuff how Japan should “graduate” away from the hanko system because it slows everything down. We then just laughed it off on the drive back to school.

Banks in Japan are Way too Strict!

As soon as we returned to the bank, I stamped my seal on the documents that they were holding and a bank official reviewed it. They came back a few minutes later saying that I had to redo my application because my name was written with lowercase characters. I was like WTF?  I know that banks are supposed to be strict but because I included lowercase letters in my application form my application was rejected?

Irritation but with Patience

I will admit that I was getting irritated by this because I couldn’t believe how strict the bank was. I’m present in person with photographs and what not, yet they want me to rewrite my application because I use both uppercase and lowercase? Were they playing me?

So what was supposed to actually take 15 minutes, actually took nearly an hour! I just shut up did the paperwork. I actually felt really bad for taking the time of supervisor but it was definitely an experience making a bank account in Japan.

When I “finally” got my bank account, debit card, and bank book, the bank official smiled at me and said its over. Thereafter, my supervisor asked if I wanted a credit card, which I said no to because I needed to fully understand the contract terms and interest rates on my own pace. Japanese credit cards in Japan can be helpful but Japan being a cashed based society I wonder if it was worth having a Japanese credit card because I already have my own credit cards from the US. 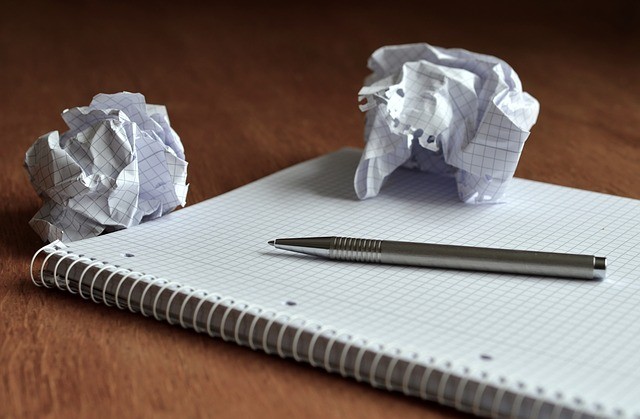 We headed back to school, grabbed some tea and since it was around 1030 at this time, I thought we would be planning the class lesson together just like how we learned we were supposed to do it in orientation. However, in reality it wasn’t like that all. My supervisor said she just needed me to read the text aloud in class.

Now at this moment, I started to recall hearing a 3rd year JET at the orientation saying how JETs are usually tape recorders in the classroom. Is this what he meant? If so, I’m out in a year. However, since it was a special a summer class and also my very first class lesson, I wanted to wait and see if JETs were really tape recorders.

As soon as it was almost time for class, we headed to a  special classroom that looked more like an auditorium than a classroom. All I can remember was that the moment I stepped in, the students got all excited about me. Actually, the excitement of the students seemed so intense that I saw myself more of a distraction to the class! I asked my supervisor what grade these students were and she told me they were on their last year (third year of high school). Meaning that most of them were 17~18, I was only 21.

Being the New Guy

The students could not stop staring at me so I just smiled back. As I smiled back, the girls blushed while the guys laughed. I felt a bit awkward being there but before I knew it, my supervisor put her game face on and started class like a real badass. The class immediately turned dead silent and within a few seconds all of them took notes on their notebooks. I didn’t see a single soul talk in class. Wow! I was impressed with these students.

As I stood standing next to my supervisor, I tried to listen to what she was saying. It was difficult because she was mostly speaking in Japanese but I figured that she was explaining grammatical structures and phrases. Soon after, she asked me to read some text aloud. I read the text as clearly and loudly as possible. Thereafter, my supervisor ordered the students to repeat what I just read over and over again. The pronunciation to be honest was horrible but I understood firsthand why they needed JETs like me there.

So this this went on for quite a while as the class was 50 minutes long. As class ended, a group of girls gathered around my supervisor. I thought at first they were inquiring about class but they were actually asking about me. Basic stuff like where I was from, how old I am, how long am I staying, and etc. She told them in Japanese something along the lines like “why don’t you ask him yourself.” I agreed with my supervisor because now is a great time to practice English. Funny as it sounds they were all shy. Who wouldn’t be? 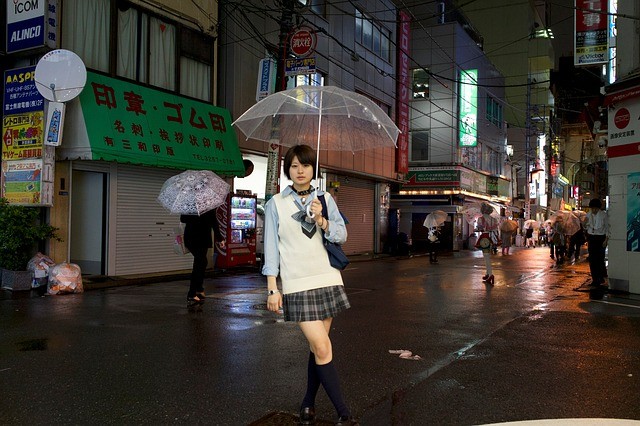 I remember them screaming childishly as my teacher pushed them to talk to me.  However, I thought there was a bit of overreaction and I think is kind of common among many young Japanese women or maybe they were just immature.  To break the ice and make it easier for them, I went up to the group and said “hi” to all of them. They screamed even louder and ran around like monkeys. They kept saying the word nanpa which at the time I didn’t understand. I asked my supervisor what nanpa meant and she just kept laughing and laughing.  I was trying to play along but I was really confused. I even looked up my pocket sized dictionary but couldn’t find the word nanpa it . hahaha!

The stuff you have to deal with, girls in puberty… some fun memories I had and this was my first ever class teaching as a JET on day 4 of being in Japan.